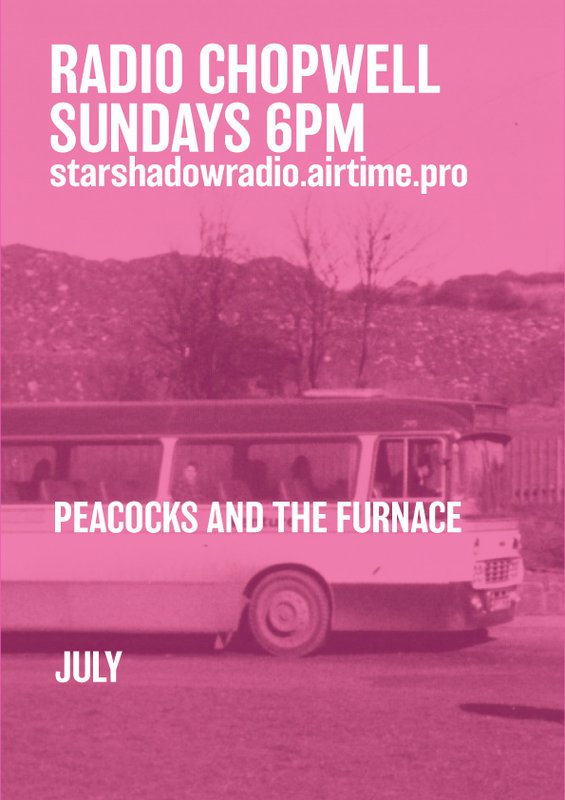 Radio Chopwell - Peacocks and the Furnace

This is a collection of sounds created by and with residents of Chopwell, in rural Gateshead, between August 2021 and April 2022.

51 residents aged between 8 and 97 years old worked with sound artists and producers Wild Museum, along with Tyne & Wear Archives & Museums, to create vocal and environmental recordings.

The recordings document sounds of constancy and change in village life and in the surrounding natural world. Everyday sounds. Sounds disappeared.

Chopwell is a former mining village in semi-rural Gateshead in North East England. It's best known for its communist past in the early 20th century. During the general strike of 1926, Chopwell miners went on strike longer than any other UK mining community. Residents replaced the union jack in the village with the hammer and sickle. Lenin and Marx were stitched into the mineworker’s banner that still hangs in the primary school. Streets to this day remain named after socialist and communist radicals.

Chopwell is flanked on both sides by woodlands: Chopwell Woods and Milkwellburn Woods. Both woodlands are home to a diverse and endangered wildlife. They also have industrial roots- Milkwellburn is in part a former colliery site, an industry that has shaped so much of the village over the last 150 years.

Milkwellburn Woods formerly contained the village of Milkwellburn, a 'category D' village left to decline and slowly collapse in the mid 20th century. Today the remnants of its houses and paths are enveloped by trees and shrubs.