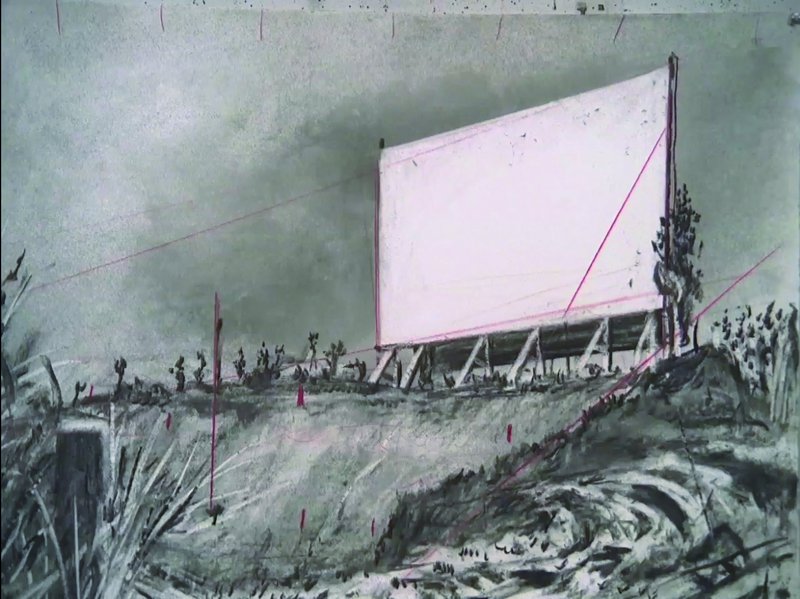 Day two of the festival

Tickets: £7/6 Afternoon or Evening or £12/10 Day ticket, tickets include entrance to the venue

1.30-2.30  Anything is possible, 2010, documentary. It  features exclusive interviews with Kentridge as he works in his studio and discusses his artistic philosophy and techniques. In the film, Kentridge talks about how his personal history as a white South African of Jewish heritage has informed recurring themes in his work—including violent oppression, class struggle, and social and political hierarchies. We see Kentridge in his studio as he creates animations, music, video, and projection pieces for his various projects, including Breathe (2008); I am not me, the horse is not mine (2008); and the opera The Nose (2010).

3.00– 4.00 Imagine ...The Triumphs and Laments, 2016, documentary BBC. Alan Yentob joins South African artist William Kentridge as he prepares an epic frieze along the banks of the river Tiber in Rome. Kentridge worked with Kristin Jones to cover a 560 metre long concrete embankment with a frieze depicting a silhouetted procession on Piazza Tevere. The premiere /opening consisted of a theatrical event featuring live shadow play and two processional bands composed of more than forty musicians and vocalists performing against the backdrop of the frieze.

4.30 – 6.00 Ferdinand de Jong, Illustrated talk. Ferdinand de Jong is Senior Lecturer in Anthropology at the University of East Anglia where he researches and teaches African art, anthropology and cultural heritage. In 2018, he published ‘Archive of Darkness: William Kentridge’s Black Box/Chambre Noire’. His talk will situate this  work in the history of colonialism, debates on reparation payments, and the question how Kentridge represents colonial trauma in the medium of a miniature theatre. Directly followed by screening of :

7.00-8.00  Ten Drawings for Projection, 1989 – 2011 films, These ten short animated films—made over a period of more than 20 years—are intimate, personal meditations by Kentridge that resonate with the recent turbulent history of South Africa. The films marked his  breakthrough in the international art world as an engaged artist with a sense of commitment and concern for the developments in his native country.

8.15-9.45 The Head and the Load, 2018, screening of theatre production which combines music, dance, film projections, mechanised sculptures and shadow play to create an imaginative landscape on an epic scale. It tells the untold story of the hundreds of thousands of African porters and carriers who served in British, French and German forces during the First World War.