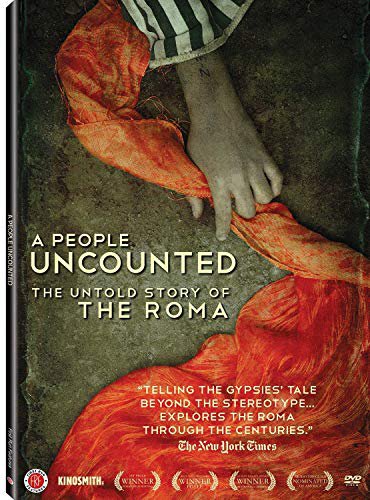 A PEOPLE UNCOUNTED is a stunning look at the gross injustices perpetrated against the Roma people since time immemorial. The prejudice begins with ridiculous images of the gypsy taken from popular culture. The film then traces the trajectory of the Romas' treatment in 11 European countries, with a particular focus on their marginalization and subsequent mass murder during the Holocaust. The film contains a very disturbing description of torture at the hands of Dr. Mengele. Prominent curators of Holocaust museums and Romani study centers are interviewed, as are many Romani Holocaust survivors. Several recall how Roma and Jews helped one another in the face of Nazi persecution. Prejudice against the Roma is far from ancient history; however, as many were expatriated from France in 2010. The filmmakers discuss the worldwide resurgence in racism, and note that genocide continues to be committed in many countries. A haunting original score by Robi Botos and traditional Roma music provide a window into their culture.