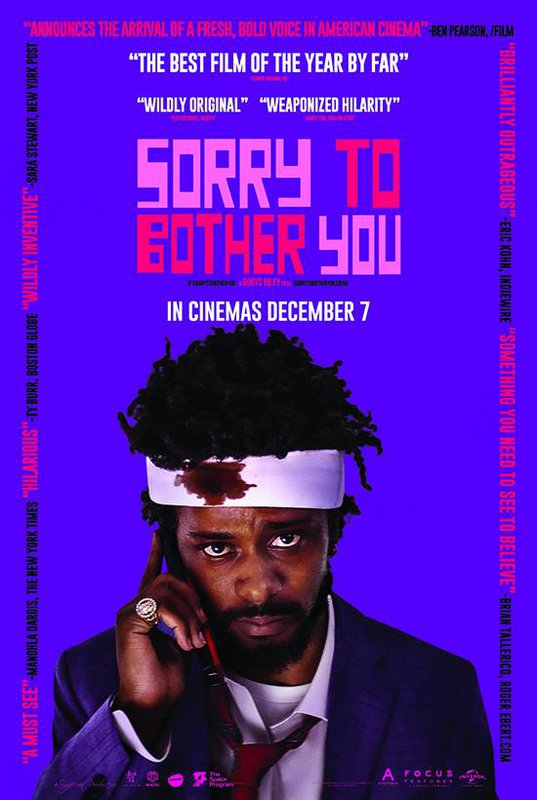 In this absurdist and unabashedly radical comedy, a young, black telemarketer named Cassius (Lakeith Stanfield) struggles with personal ethics as he rises through the ranks of the shady company he works for. After learning to use his 'white voice' with clients, Cassius gains newfound status and economic security, finally lifiting him out of poverty but causing a rift between him and his anti-capitalist artist girlfriend Detroit (Tessa Thompson). When his friends at the telemarketing company unionize and go on strike, Cassius opts to leave them behind and crosses the picket line, putting him in the good graces of CEO Steve Lift (Armie Hammer). But after Lift invites Cassius to an elite party at his house, Cassius discovers that the company he works for is even more nefarious than he'd thought, and needs to make a hard decision about whether to join his fellow workers in their unionizing efforts or make sacrifices to maintain his newfound wealth and privilege.

Full of insightful provocations around issues like code-switching, solidarity, union-busting, and the workings of modern global capitalism, Sorry to Bother You is an incredible debut feature from writer-director Boots Riley. Best known as the frontman of radical-left hip hop group The Coup, Riley draws on his own experiences of telemarketing work as well as his extensive background in community and labour organising to create a truly original and darkly hilarious film.