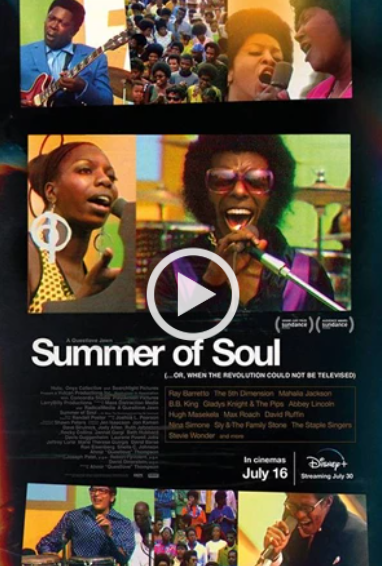 SUMMER OF SOUL is a documentary about the 1969 Harlem Cultural Festival which celebrated African American identity and music in a time of social change.

“The best concert film ever made? An absolute joy, uncovering a treasure trove of pulse-racing, heart-stopping live music footage that has remained largely unseen for half a century” Mark Kermode. Featuring Nina Simone, Stevie Wonder and more.