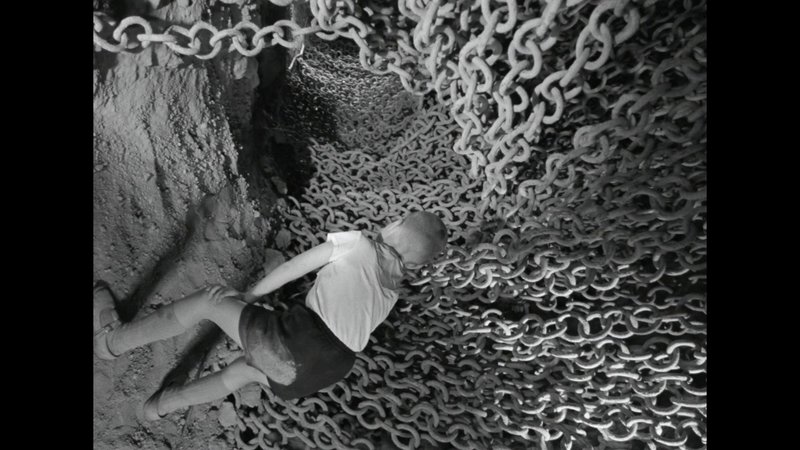 + Q&A with program co - curator Lina Kaminskaitė - Jančorienė, a cinema historian and a co-founder of Meno Avilys - Mediatheque, the first cinematheque in Lithuania

Tickets: £7/£5, but no one will be turned away due to lack of funds

On Friday 8th and Saturday 9th of March, 2019, Lina Kaminskaitė - Jančorienė, cinema historian, researcher, and co-founder of Meno Avilys-Mediatheque (the first independent cinematheque in Lithuania) will present a number of newly digitised and restored Lithuanian documentary and experimental films.

On Sunday 10th of March, there will be a screening of Douglas Gordon’s 2016 film ‘I Had Nowhere To Go’; a sound-based portrait of Jonas Mekas, Lithuanian-born American filmmaker who was often called ‘the godfather of American avant-garde cinema’.

All screenings will be followed by a Q&A session with Lina Kaminskaitė - Jančorienė.

Due to political circumstances, Lithuanian documentary film was developed and formed under the influence of the Soviet Union rather than the Western world. Documentary filmmaking holds a special place in the history of Lithuanian cinema, for it reflects the continuous search for the cinematic aesthetics, capturing the changing identity of the society of its time.

The film about the city of Naujoji Akmenė is regarded as one of the first Lithuanian attempts to liberate itself from the stereotypes of the Soviet documentary. Even though the remnants of ’Socialist prosperity’ are clearly perceptible in the movie, the process of directing is obtaining more freedom: the voiceover is losing its canonisation, and the power of the narrator is given to the main character, a small child, Virginijus.

This film is Robertas Verba’s directorial debut. According to film critic Laimonas Tapinas, “it rarely happens that the first film is successful [...] and it is even more unusual a phenomenon that the first film changes trends in cinematography. Verba’s first film 'The Old Man and the Land’ had exactly that kind of influence”. As film critic Živilė Pipinytė puts it, “this film was the ‘ice-breaker’ which broke through the ice of Soviet ideology to form the peculiar stylistics of Lithuanian documentary film”. The hero of the film is the bright Lithuanian villager Anupras whose archaic worldview becomes a symbol of the ethno-cultural Lithuanian identity that was often opposed to the identity constructed by Soviet propaganda.

Henrikas Šablevičius’ films of the 1980s and 1990s differ significantly from his early oeuvre – they contain less clear-cut poetics and fewer visual metaphors, and they are longer, capturing the filmmaker’s journey and his silent observations of things before his eyes and camera. Šablevičius, however, continued his interest in family stories, people, and in their inner lives and experiences. Glasnost then Lithuania’s eventual independence from the USSR opened up the possibility of examining previously banned subjects: death, post-war resistance, and – as in We Were at Our Own Field – the damage done by the Soviet occupation and the simple longing for home.

This film by Kornelijus and Diana Matuzevičius is a portrait of Lithuanian Jewish writer and literary critic Jokūbas Josadė (Yankev Yosade). The film subtly transcends this individual story and is able to unlock the broader context of Lithuania, which had just regained its independence. The thoughts of a generation that was fading into oblivion, which are portrayed with abstract images, are akin to the way of life of the contemporary person.

Despite the prevailing circumstances, many filmmakers used documentary filmmaking as their artistic refuge, due to documentary filmmaking being less controlled by censorship than was unconventional film. After the re-establishment of the State of Lithuania (1990) and the fall of the Iron Curtain, freedom of expression was finally allowed, and a new generation of filmmakers started developing their work under the influences of Jonas Mekas – a Lithuanian-American filmmaker, poet, and artist who has often been called ‘the godfather of American avant-garde cinema’.

- To show Lithuanian documentary filmmaking traditions and its continuation;
- To present different examples of experimentation, such as various techniques of montage or genre deconstructions, showing the limits that filmmakers were facing;

Canonical 1970s films were made by V. Starošas and R. Verba, which formed and shaped traditional poetic documentary filmmaking and whose influences were later visible in H. Šablevičius and D. and K. Matuzevičiai’s work, but this time in Lithuania which had just regained its independence. The films will reveal the various cinematic experimentations used by H. Šablevičius, A. Grikevičius, A. Stonys and A. Maceina. The programme consists of filmmakers who are from multiple generations and whose films were made under different circumstances and restrictions: Stalinist social realism, The Khrushchev Thaw, Collapse of the USSR and Post–Soviet Lithuania. Each film is like an inclusion of time, capturing a sense of creator and personal struggles faced as a filmmaker.