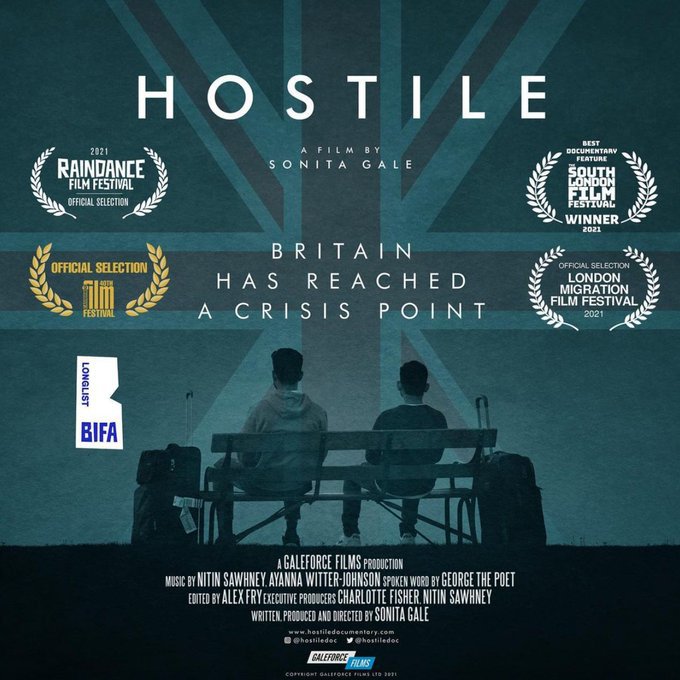 A documentary screening with Abolish Detention

Hostile is a feature-length documentary focusing on the UK’s complicated relationship with its migrant communities. Told through the stories of four participants from Black and Asian backgrounds, the film reveals the impact of the evolving ‘hostile environment’ - a term used by the UK government in 2012 to illustrate the atmosphere they wanted to create for migrants, with the intention of provoking them to leave of their own accord.

The film explores how the lives of international students, members of the Windrush generation and ‘Highly-Skilled Migrants’ have been affected. After decades of hostile immigration policies, Britain has reached a crisis point. With Brexit, the Points Based Immigration System and the Nationality Bill and Borders taking effect, the film asks: once the ‘hostile environment’ has targeted all migrants, who will it extend to next?

The screening is a collaboration with Abolish Detention: a North East-based collective that fights for a future free from borders, immigration control, detention, and prisons, and that is campaigning to shut down the new Hassockfield detention centre in county Durham where migrant women are being detained since January this year. The film will be followed by a discussion about how the hostile environment plays out in the North East and more information about the campaign and how you can get involved.

Free for people in the immigration system, no one turned away for lack of funds.