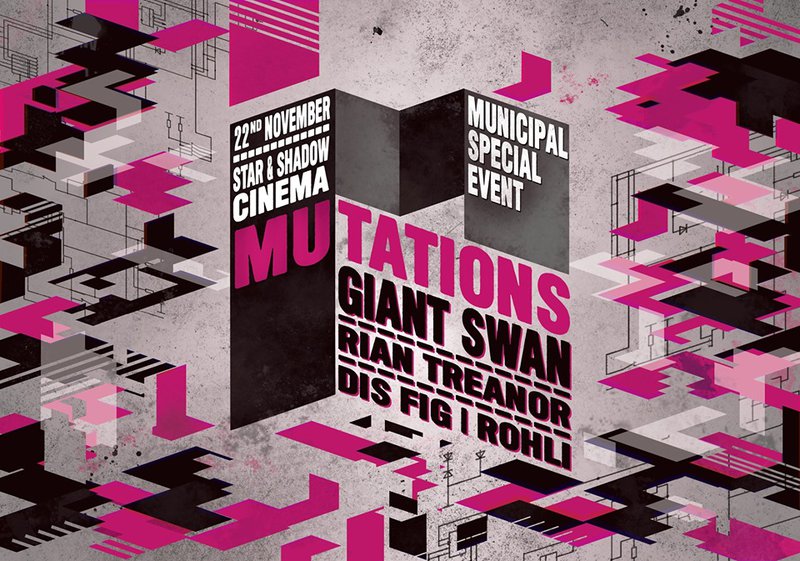 Municipal returns, but this time in a mutated form. In a one-off change to our usual format we’re proud to be hosting GIANT SWAN on the North East leg of their UK tour, all in support of their newly announced LP.

Giant Swan’s incredible reputation has largely been driven by their live performances. Their onstage energy and hardcore punk approach has set them apart from what they regard as a ‘conservative’ techno scene. Underpinned with pulsating kick drums, their sound is an all-consuming battleground of menacing synth loops, biting percussion, and echo-heavy, distorted vocals.

Dis Fig is an experimental DJ, producer, and vocalist based in Berlin. A regular on Berlin Community Radio, her DJ sets are renowned for their intensity and range.

Rohli are a Newcastle based duo who produce intense, heavily percussive techno. We’ve wanted to showcase their talent for a long time, so it’s great to see them rounding off this fantastic line-up.