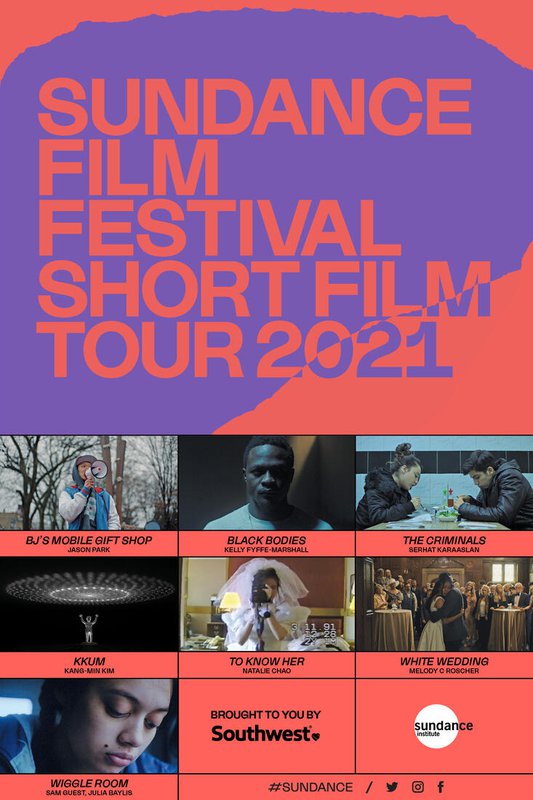 92 min, 7 short films from across the globe

92 min, 7 short films from across the globe

Showcasing 7 shorts films from the legendary festival. From documentary to animation, narrative to experimental, the abbreviated form is made for risk-taking, transcending traditional storytelling.

The 2021 Sundance Film Festival Short Film Tour is a 92-minute theatrical program of 7 short films selected from the 2021 Sundance Film Festival program, widely considered the premier showcase for short films and the launchpad for many now-prominent independent filmmakers for close to 40 years. Including fiction, documentary and animation from around the world, the 2021 program offers new audiences a taste of what the Festival offers and shows that short films transcend traditional storytelling. Also includes two special jury award winners from the 2021 Festival.

The Festival has always treated short films with the highest regard and gives a home to both established and new filmmakers with shorts for audiences to discover and celebrate. From documentary to animation, narrative to experimental, the abbreviated form is made for risk-taking. Short films are a significant and popular way artists can connect with audiences.

Black Bodies / Canada (Director and Screenwriter: Kelly Fyffe-Marshall) — A Black man laments as he comes face-to-face with the realities of being Black in the 21st century. International Fiction

The Criminals / France, Romania, Turkey (Director and Screenwriter: Serhat Karaaslan) — In a town in Turkey, a young couple is looking for some privacy. They are rejected from the hotels because they do not have a marriage certificate. When they think they found a way, the situation gets out of hand. The Criminals received the 2021 Sundance Film Festival Special Jury Prize for Writing. - International Fiction.

KKUM / South Korea, U.S.A. (Director and Screenwriter: Kang-min Kim) — My mother's dreams have always been strong premonitions for important moments in my life. I rely on her dreams more than any religion. - Animation

To Know Her / U.S.A., Hong Kong (Director: Natalie Chao) — A poetic exploration of the camera's gaze and a family's relationship with the filmmaker's mother. - Non-Fiction