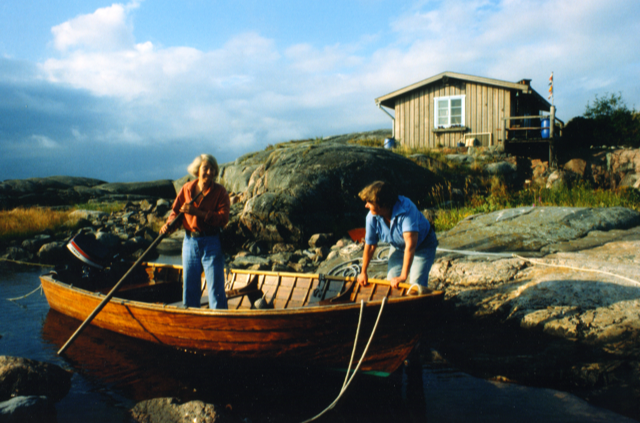 The intimate home movies of the creator of the Moomins

As part of the weekend Tove Jansson celebration we are excited to screen two intimate home movies of the creator of the Moomins (2 films approx 40min each details below).

World famous author, Tove Jansson, and graphic artist, Tuulikki Pietilä, spent 25 summers on the island of Klovharu in the Gulf of Finland. Based on 20h of Super 8 footage.

The candid and often revealing commentary is written by Tove Jansson.

“Sometimes it was as if one had fallen hopelessly in love: everything seems out of proportion. I felt, for example, that this extremely spoilt and mistreated island was a living creature. It disliked us or pitied us, depending on how we behaved or on the island¹s own mood”.
Tove Jansson: Haru – An Island (WSOY 1996)

A voyage through Europe of Tove and Tuulikki. A lyrical and sometimes hilarious film essay on the “old Europe”, experienced by travellers and observers.

Tove and Tooti in Europe is a documentary charting the voyages through Europe of author Tove Jansson and graphic artist Tuulikki Pietilä.

It is a lyrical and sometimes hilarious film essay on the “old Europe”, experienced by travellers and observers, of times when people used to wander, share a joke, pause and, sometimes, even stop.

The film takes us to Paris, Venice, London, Madrid and Dublin; Iceland, Ireland and Corsica.