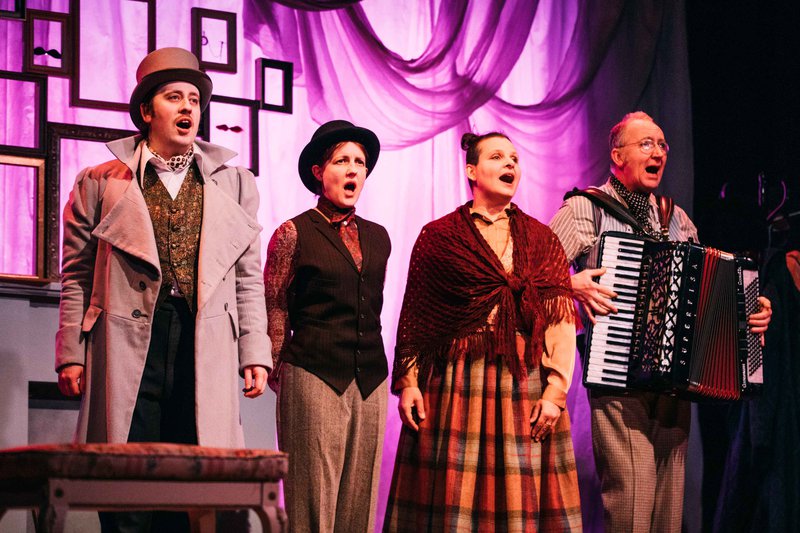 Suitable for everyone aged 10+ years and their families and friends

Delve into the highly deductive mind of a super sleuth in this new production of one of the most popular Sherlock Holmes stories. Be enthralled by this exciting and thrilling mystery, featuring a feisty heroine, struggling with and overcoming a domineering presence in her life.

The Team: Tim Dalling has written some wonderful music and songs for the show, to be played live. Other performers include Mariae Smiarowska, Polish American actress and singer and Bob Nicholson, founder of Kitchen Zoo, who has performed with Northern Stage and will play Sherlock Holmes. Dr. Watson is played by Rebecca Jameson ( Miscreations Theatre and TSF). Set Design by Alison Ashton, who has worked with  Live Theatre and Chris Bostock. Directed by John Cobb joint Artistic Director of TSF, who has worked extensively with  Canadian theatre maker Robert Lepage and with The National Theatre (A Midsummer Night's Dream) and Told by an Idiot / The Scottish National Theatre (I am Thomas).

With everything we've come to expect from a Sherlock Holmes murder mystery set in 19th century England, this is also a story that confronts many issues relevant to a 21st century audience. Suitable for everyone aged 10+ years  and their family  and friends, who will be fascinated by Holmes' processes of detection, adults will also be enticed into a world of suspense with edgy live music, Gothic motifs and melodrama.